Meatballs was on just the other day. It made me feel good and nostalgic for a place and time I was never even part of. Sure, it’s outdated – the camper’s shorts may be just a little too short, and Bill Murray may be just a little too close to Rudy – but it’s a Summer classic. That’s the charm in Harold Ramis’ films. They were perfect for their time, yet some how never get old.

Whether the jokes are metaphysical, slapstick, or dry, Harold Ramis co-wrote some of the greatest lines in the always fluctuating genre of comedy. In fact, you may have him to blame for that Animal house quote your uncle reuses every year at family gatherings. I mean, just look at his IMDB page and tell me he wasn’t part of at least one of your favorite comedies.

From his on-screen chemistry with the great Bill Murray – sadly, a friendship that fizzled – to his ability to construct screenplays that were as smart as they were funny, Harold Ramis will undoubtedly be missed.

“Films are big hits when they touch a lot of people. Things are not funny in a vacuum, they’re funny because we respond to some personal dislocation, some embarrassment, some humiliation, some pain we’ve suffered, or some desire we have.” 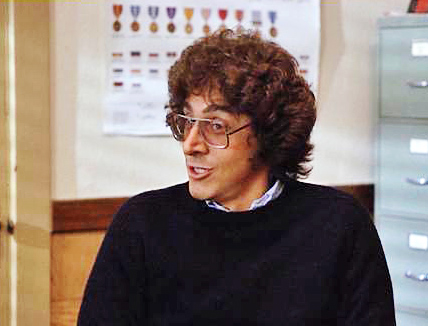 My name is Jay Jasinski and I'm a freelance social media and content marketer based in Los Angeles, California. I'm also a writer with an interest in film, literature, and the environment.
View all posts by jayjasinski10 →
This entry was posted in movies and tagged bill murray, chicago, comedy, film, Harold Ramis, Hollywood, los angeles, movies. Bookmark the permalink.