Last night I had the pleasure of seeing Wes Anderson’s ‘The Grand Budapest Hotel’ at the ArcLight Theaters in Hollywood. As a vehement fan of the master filmmaker’s oeuvre, I knew going into it that I would like it. Turns out, I was right. It was cultured, hilarious, and exciting; a triumph of style. 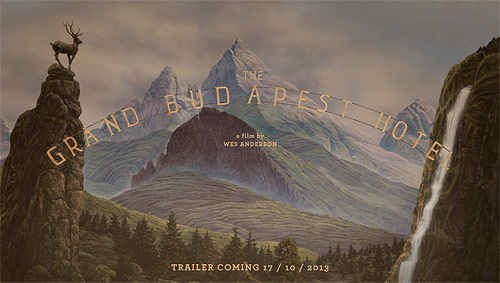 Recently, I read Mr. Anderson was inspired by certain American films from the 30s & 40s. As a fan of such films, I couldn’t help but notice all the references. That being said, here are a five movies, I’m assuming, Wes Anderson watched before making his latest masterpiece.

The similarities are uncanny. Like ‘The Grand Budapest hotel’, ‘The Lady Vanishes’ begins in a hotel – well, a lodge rather, but close enough – set in the snowy mountains of a fictitious European country. As the action unfolds, the protagonist finds herself on a train stopped by soldiers of a fictitious invading country. Not to spoil anything, but there’s a scene in Budapest Hotel that shows, from the frame of the rail cart’s window, a barely field scattered with tanks and soldiers. I instantly thought of Hitchcock’s film, which basically shoots a similar scenario in the same way. 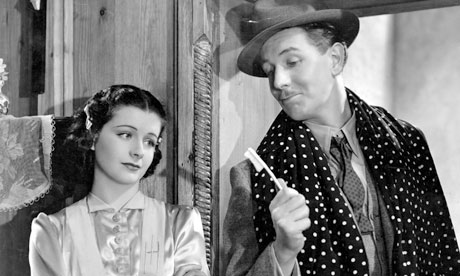 Wes certainly has the Lubitsch touch in this one. A sublime synthesis of wit and unexpected wisdom, The Grand Hotel pays tribute to the legendary director’s mastery of the risqué. As you’ll find, Anderson’s latest film is also his most suggestive, which he does in a charming, far from crude way.

I already wrote about this film in my old blog, but the structure of Anderson’s story, which is revealed through three different time-frames, reminded me of this hilarious British classic. Also, Harvey Kietel’s character looks like Blimp.

As I mentioned before, ‘The Grand Budapest Hotel’ is hilarious. In addition to its wit, the film utilizes many stylized scenes of slapstick to create an atmosphere of gaiety, despite its troubled undertones. Further, ‘Monsieur Verdoux‘ could be on this list as well.

M. Gustave and Hannay (Robert Donat) are wrongfully accused of murder. Both charming, vain, and lonely, the gentlemen find themselves in all sorts of situations as they seek out the one person who can prove their innocence. Yet again, you can’t help but wonder if the spirits of Robert Donat and Michael Redgrave visited Ralph Fiennes in his sleep as he prepared for the role of Gustave.

My name is Jay Jasinski and I'm a freelance social media and content marketer based in Los Angeles, California. I'm also a writer with an interest in film, literature, and the environment.
View all posts by jayjasinski10 →
This entry was posted in movies and tagged Alfred Hitchcock, Ernst Lubitsch, Europe, film, Hollywood, los angeles, Michael Powell Emeric Pressburger, movies, Ralph Fiennes, The Grand Budapest Hotel, Wes Anderson. Bookmark the permalink.