4 Movies to Stream on Netflix

Four Movies to Stream on Netflix this Week

“This is just a dream that cannot last
When the magic of this mood has passed.
So I sit in meditation trying to pretend this mood will never end.”

I took this in November, but you get the point

It’s September, which means fall will be here soon enough. I always get sentimental in the fall. It’s almost as if I were revisiting a favorite film or song I hadn’t seen or heard in some time. Though it’s not quite the same out here in sunny Los Angeles, I still benefit from a change of mood when the days get shorter. I’m not too sure where my vehement enthusiasm for fall comes from, but it most likely has to do with its feeling of denouement. In other words, it’s like the end of SNL when the nostalgic jazz plays and everyone hugs on stage; or in movies when the protagonist explains, usually through voice over, how everything was resolved for the better. This isn’t the best analogy of fall, since many would see the winter as the natural denouement of a year, but, to me, the winter is the moment when a movie ends and the credits roll and you think, “that was nice, but it’s awfully cold in this theater.”

To be honest, I haven’t been the most creative these last few weeks of summer. I like to tell myself it’s because I’m too busy with my career, but it’s really just a lack of inspiration. Thankfully the start of a new month and another bizarre shift in my interests has led me to feel curious and excited again. For instance, I’ve gotten really into the music of Duke Ellington and Count Basie. Sometimes if you’re in a rut the best thing to do is change the soundtrack (READ: “3 Movies for the Holiday Weekend“).

This may seem like the introduction to a music list, it’s not. I believe you can “change the soundtrack” of your life through innumerable things. One of my favorite mood changers are movies – big surprise, I know. Anyway, here are four movies streaming on Netflix to spark your curiosity as we transition into the new season.

Though I wish this documentary focused less on Steven Spielberg in his juvenile bomber jacket and more on what motivated Ray, I understand it’s all about A-listers. I’m a big fan of monsters, so this doc really did it for me.

This film, directed by Michelangelo Antonioni, is a dark portrayal of how quick a situation, or rather a relationship, can spiral out of control when jealousy becomes an obsession.

In my opinion, one of the top five funniest films ever made. 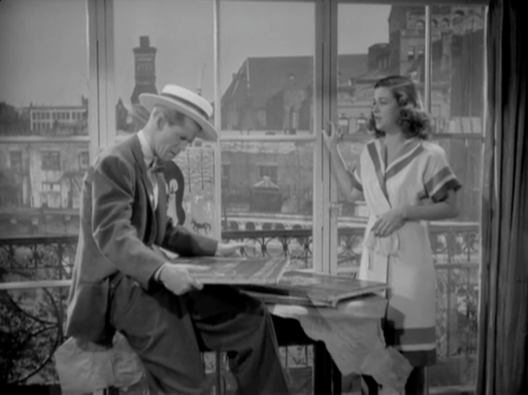 I promise I’ll write more this fall. In the meantime, check out Planet Experts (lots of exciting things coming up in the near future for us).

2 Responses to 4 Movies to Stream on Netflix