4 Movies to Stream on Netflix | November

4 Movies to Stream on Netflix | November

Before I get to my list of 4 movies to stream on Netflix, I have a few thoughts. If you visit Los Angeles and sit anywhere near a large window, then, odds are, you’ll be stared down by someone who’s a grab bag of crazy. This has happened to me on numerous occasions and, sadly, again today. To many people the window seat is the most desired location in the office, coffee shop, etc. That may be so, but you’re at a high risk of an unwanted stare down.

An unrelated picture I took this weekend.

My first eye-to-eye ambush involved a bald, shirtless man who seemed to be unhappy with anything and everything. I was doing some work at a local Starbucks, minding my own, when bald boy waltzed right up and stood inches away from the window. I was amazed at how long he could keep his eyes opened considering the stream of salty sweat pouring directly into them. It wasn’t a “it’s hot” or an “I just ran a 5K” kind of sweat, but the kind of sweat meats produce when they’ve been left in a plastic baggy too long.

For the sake of brevity, I won’t go into the other occasions. I just thought it was bizarre. To explain, out of all the places I’ve been in my life, and out of all the places he’s been in his life, our paths converged in two minutes of uninterrupted eye contact. If I would’ve done anything differently this morning, I may not have been sitting by the window of my shared office at the exact time this crazy man decided to stop walking and start staring.

As a result of all this midterm 2014 hullabaloo there seems to have been, at least amongst the environmental community, which I consider myself part of, a terrifying realization this morning that Oklahoma Senator James Inhofe will “certainly (be) the next chair of the Senate Environment and Public Works Committee.” Senator Inhofe isn’t a fan of climate change science. In fact, he thinks it’s a hoax. I’m not going to argue either way, since there are far too many people out there doing just that. What I do want to mention is how incompetent conspiracy theories are. Here’s how I contextualize it, if humans are smart enough to stage these elaborate, I’m assuming very expensive, conspiracies, and are, for the most part, successful at pulling them off, then how come we don’t have the capacity to figure out once and for all if milk is good or bad for us?

In the end, I just picture all the politicians standing up from their desks, wrapping their ties and belts around their heads, and dancing to this song. It would be the most optimistic, productive day in the history of the United States Senate.

I’ve been reading Kurt Vonnegut’s Timequake and would like to share a passage with you. This is classic Kurt on why writing is still important in a world of television, movies, and the internet:

“Still and all, why bother? Here’s my answer: Many people need desperately to receive this message: ‘I feel and think much as you do, care about many of the things you care about, although most people don’t care about them. You are not alone'”

On a different note, here are four films to stream on Netflix this November.

This classic British film directed by David Lean is an excellent example of a master filmmaker. You’ll notice, or at least I hope you notice, the pacing and nuance of his storytelling allows the camera to say what the script hides. Further, he understands the effectiveness of cutting from a static, quiet moment to a loud burst of movement –  i.e. when the film cuts to an overhead shot of balloons falling onto an impressive New Year’s Eve Party. As you may know, David Lean edited some of the most iconic early British films, which would explain his eye for storytelling.

Read: “3 Movies to Stream on Netlix this Week”

3. Design is One: Lella & Massimo Vignelli

As you can probably tell, I’m obsessed with documentaries following influential artists, chefs, architects, etc. There’s something reassuring and transcendent in watching an icon discuss a tiny detail of one of his or her lesser known creations as if it were the only thing that mattered.

This is an addictive, yet informative show. If they ever put any of the older seasons up it’s game over for me. 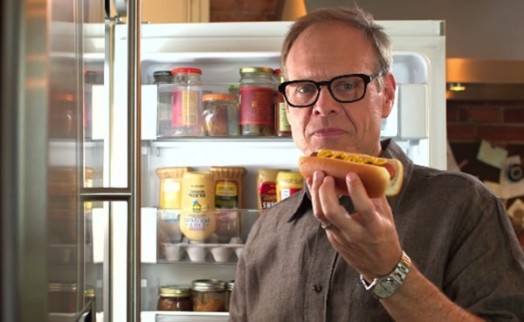 The critics didn’t seem to like this film rendition of Charles Bukowski’s novel Factotum, but I’m a big fan of Matt Dillon so I recommend it.

Have a nice week, everyone.

My name is Jay Jasinski and I'm a freelance social media and content marketer based in Los Angeles, California. I'm also a writer with an interest in film, literature, and the environment.
View all posts by jayjasinski10 →
This entry was posted in movies and tagged Charles Bukowski, David Lean, Detroit, film, Kurt Vonnegut, los angeles, movies, Music, netflix, netflix streaming. Bookmark the permalink.

1 Response to 4 Movies to Stream on Netflix | November