Restorative Yoga on a Full Bladder

My Los Angeles metamorphosis is finally complete; I went to my first yoga class this weekend. It was restorative yoga. Though I didn’t do any yoga prior to the class, I figured I qualified for some restoration given the fact I spent my Saturday night drinking wine and watching “Celebrity Wife Swap” (not ashamed). The studio was only a five-minute drive from my place. That in itself is considered restorative in Los Angeles, a city where I’ve driven forty minutes just to eat breakfast.

It was clean, quiet, and warm. I was self-conscious of the yoga mat I brought since I convinced myself it was too long, and they would laugh me out of the building. Turns out that’s how long yoga mats are supposed to be. If anything, the mat could’ve been a bit longer, but that’s neither here nor there. I haven’t been to many yoga classes in my life, but I’ve come to the conclusion that they can’t start a class until an out-of-shape guy that looks like Moby shows up. I set up my mat right next to this Moby man and took in the atmosphere, which was clean, quiet, and warm. I was hoping we would go around the room for introductions and “one fun fact” so I could tell the class about the organic shirt I was wearing, but that never happened. The teacher was welcoming and professional. I should note that I have a significant crush on her, but that’s neither here nor there.

We grabbed blankets, a block, a bolster pillow, and a strap. I’m usually hesitant to jump into something I need a strap for, but this seemed harmless enough. I mean, when’s the last time you heard of someone getting hurt doing restorative yoga? The first three poses were relaxing and felt great on my neck and back. I appreciated when the teacher would readjust my blanket, so it better fit the curve of my neck; It was like being tucked into mindfulness. The repetitive, ambient music helped me focus on my breath, which rose and fell like the waves of a calm ocean. The mindful state I cultivate didn’t last long, thanks to the man two mats over who instantly fell asleep with each new pose. As he snored away like an idiot, I lied there wondering if Moby was so far along in his yoga practices that he could reach mindfulness despite such distractions. 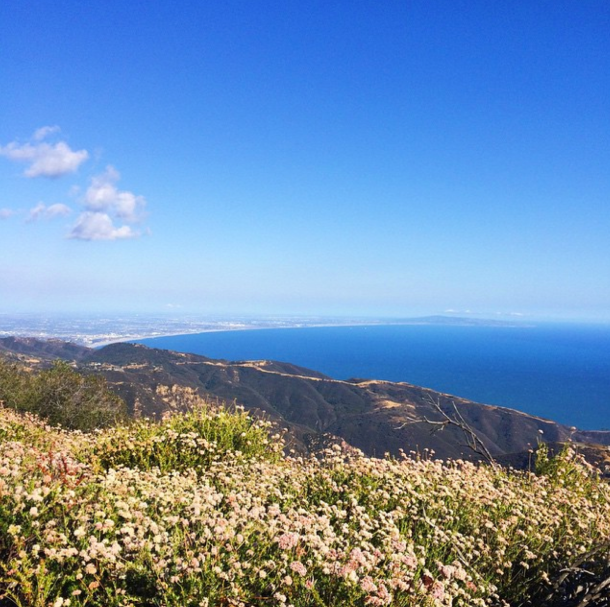 Your mind is hard to turn off. It’s like a machine that won’t stop until you enter a fifteen character code you forgot to write down. This is something you learn real quick when you start practicing yoga or meditation, but like anything else worth doing in life, it doesn’t come easily. Two poses later I was able to focus on my breath and return to a state of relaxation; that is until the second distraction kicked in. When you read that you’re not supposed to drink too much water before a yoga class, don’t take it lightly. Being the gentleman that I am, and given the fact no one but the teacher had spoken a word, I decided not to disrupt the restorative atmosphere by asking where the restrooms were. I figured I could tough it out through the next few poses and then run to the bathroom. I was dead wrong. The next pose had us lie on our stomachs with our hips, and bladder, pressed firmly against the pillow. In other words, it was the worst pose you could do when you have to pee.

While everyone else drifted off to that heavenly place between consciences and sleep, I shook from pain as I tried not to pee my pants in front of a room full of strangers. I’ve never heard sweeter words than when the instructor whispered, “take a deep breath and slowly sit up.” I’ve never sat up faster in my life. As my fellow yogis lied down for the next pose, I rose my hand, like a real gentleman, and kindly asked where the restrooms were. Little did I know this was the final pose I was interrupting. I peed through the entire sequence, feeling more restored than I could ever remember feeling. Like the chime of a Tibetan singing bowl, the sound of me closing the bathroom door marked the end of the class.

Would I do it again? Yes, of course, I just won’t drink three glasses of water before I go.

On a different note, I’m thrilled to see the response these Books & tea posts have been getting. You’ll notice this month’s edition has a few guest posts from fellow books and tea lovers. If you’re interested in participating in the next one, connect with me on Instagram or shoot me an email!

As you may know, John James Audobon was a great ornithologist and an even better painter. I picked up this book from Amazon while buying every Kieran novel I could find; he’s one of my favorite authors.

I haven’t gotten a chance to finish this one, but I’m thrilled to have found it in the sad looking “free books” cart the Santa Monica Library rolls out every Friday.

This is a guest post from the lovely Maira Frappé. Maira is a freelance graphic designer from Mexico and takes incredible photos. Make sure you check out her tumblr!

The Infusiast by Robert Gordon

If you’re looking for a witty, yet informative book on tea, then you’ll want to check out The Infusiast – diatribes from the devotea. The Devotea was kind enough to send me some delicious teas and the book. Thanks!

The Book of Tea by Okakura Kakuzō